In a milestone for our migration up to the cloud, this week Microsoft launched Universal Print.  Office 365 users can now print more easily, if they subscribe to Universal Print.  Functions which hitherto had to run on local print servers can now run from the Office 365 cloud.  Hitherto, Office 365 users had to carefully select individual queues which had to be set up and managed by local server administrators.
Windows Server administrators all over the world will be pleased.  So are multiple Microsoft partners and other actors in the cloud and office printing world.  We'll talk about just three.
Canon saw the benefits of Universal Print drivers earlier than some of their competitors.  They still do.  "In partnership with Microsoft, we are committed to supporting Universal Print and support our customers in their journey to the digital workplace.” said Isamu Sato, Senior General Manager, Office Imaging Products Operations, Canon Inc.
Canon's uniFLOW helped their customers manage hybrid cloud and on-premise printing.  uniFLOW 2020v2, also launched just recently, pulls together their on-premise and cloud offerings.  But the emphasis is also on harmonizing cloud and on-premise scanning.  Using the new uniFLOW, many of their customers will no longer need a scan server in every single location.
Other enhancements in uniFLOW 2020v2 include provision of native printing for Chromebook users in preparation for the closure of Google Cloud Print at the end of the year.  So it's not all about Microsoft.
We have often been impressed by the business and technical acumen of Y Soft, and their launch of the YSoft SAFEQ Universal Print Connector this week is no exception.  It is free for all YSoft SAFEQ users.  SAFEQ user will be able to benefit from Universal Print immediately, whether their platforms are wholly on-premise, fully cloud-based or, like for most of us, "it's complicated."
Also this week, Konica Minolta Europe and USA both launched their global Cloud Printing Services, which is a global service albeit carefully siloed into a North American server farm and a European one in order to manage the conflicting requirements of the GDPR and the Patriot Act.  Both sides of the pond, Konica Minolta are achieving recognition as a supplier of pure IT services, particularly to SMEs.  The integration of the Cloud Printing Service in the bizhub Evolution platform represents another important headache SMEs can outsource to Konica Minolta.
Share this news item 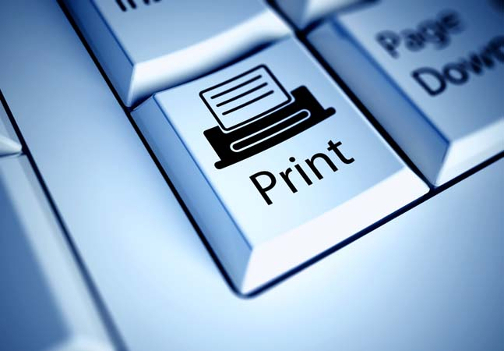